The Mangalorean lad Ethan Pinto is shining on the floor of the singing contest in Cannada, by winning 1st place in the first edition of the ‘What’s UR Talent – Easter Edition’ singing contest organized by Grandieu at the prestigious Millennium Gardens Banquet Centre in the city of Brampton before a live audience yesterday. He bagged in addition to an attractive Trophy $1,000 cash prize and a contract to record a song.

Ethan won by defeating the talented singers from Afro Caribbean, Spanish, French and Asian descent who participated in this much-acclaimed Singing Talent contest. The final round had a battle between three finalists, of which 2 finalists were in the singing category and one performed dance. Ethan was the youngest of the finalists. The winner was declared by the audience vote and Ethan emerged as a clear winner. He performed two songs. 1 – Amazed by Lonestar 2 – Now and Forever by Richard Marx.

The emerging Super-Star Ethan, the elder son of highly talented couple Ashith and Babita Pinto was born in 2009 and along with his parents and younger brother Zach immigrated to Canada just a year ago. Before moving to Canada, he participated and won many prizes and laurels in many singing competitions held in Mangaluru. In consecutive years he won 1st place at the diocese level singing competition organized by the Konkan Natak Sabha at the Don Bosco Hall. He has sung for yet to be released Konkani movie ‘Vodthanthle Ful’. He has rendered his beautiful voice in a CD directed by music maestro Apollinaris D’Souza. Music lovers can listen to some of his great numbers on the YouTube channel –‘Ethan & Z’. 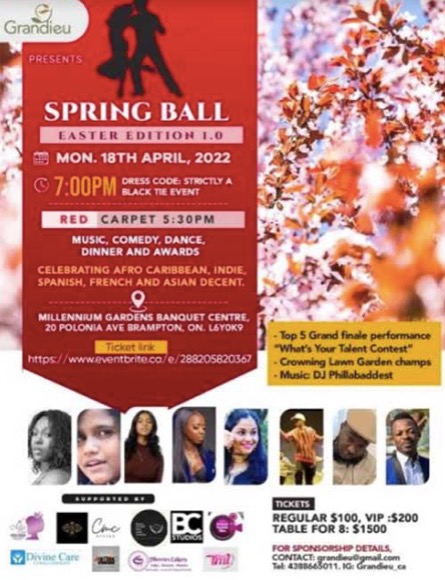 The recent arrival of the highly talented Pinto family to the beautiful shores of Canada has given new inspiration to many Konkani-speaking people, especially Konkani singers living in Canada. Ashith and Babita the versatile musicians/singer of Konkani have furnished a new and modern dimension to the Konkani Music in Mangaluru. They were instrumental to organize and presenting, one-of-its-kind marathons and a successful singing competition, ‘Mhozo Thallo Gaithalo’ involving a multitude of Konkani singers of the Coastal Karnataka region and then, also to the Gulf countries. Ashith had developed the concept of DeReMiFa on TV Daijiworld 24×7 and planned the full show presentation. He was instrumental in the release of two video songs ‘Novo Bhorvoso’ in December 2021 and ‘Deva Dayall’ in March 2022, the first-ever video song released from Canada under the newly created banner of DoReMiFa Creations.

The Mangalorean diaspora in Canada wishes for many more laurels and accolades for Ethan in the very near future.