Mangalore Was Graced By The Presence Of Mr. Chirag Shetty.

Mangalore was graced by the presence of Mr. Chirag Shetty (World No. 8 badminton player and recipient of the prestigious Arjuna award) for a Greet and Meet with the kids and parents of Mangalore on 12th February. He was accompanied by his parents Mr. Chandrashekhar and Mrs. Sujata. The event was held at Golden Shutte Excellence Centre at Kottara Chowki, Mangalore.

The event was graced by other dignitaries Mr. Jnanesh Salian, Mr. Gaurav Hegde, and Mr. Pranjal Ghate and the event witnessed around 300 enthusiastic kids and parents from various parts of Mangalore eagerly interact with Mr. Chirag Shetty. Having visited his hometown after 7-8 years, Mr. Chirag Shetty shared heartfelt words about the city of Mangalore and his endeavors to achieve his accolades. He also shared his fond memories of badminton. Students from Golden Shuttle Academy and their parents had an in-depth Q&A session with Chirag and his parents. 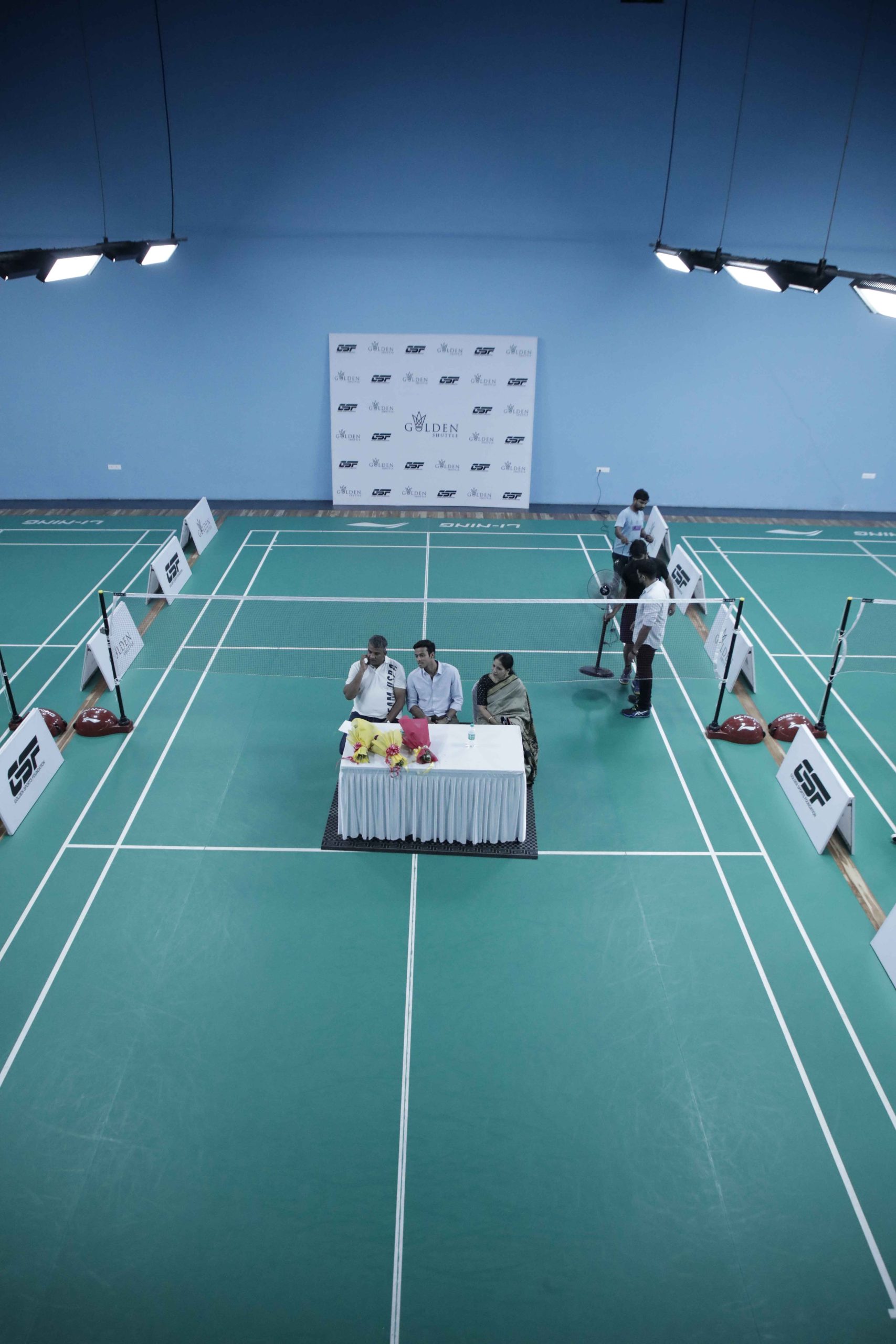 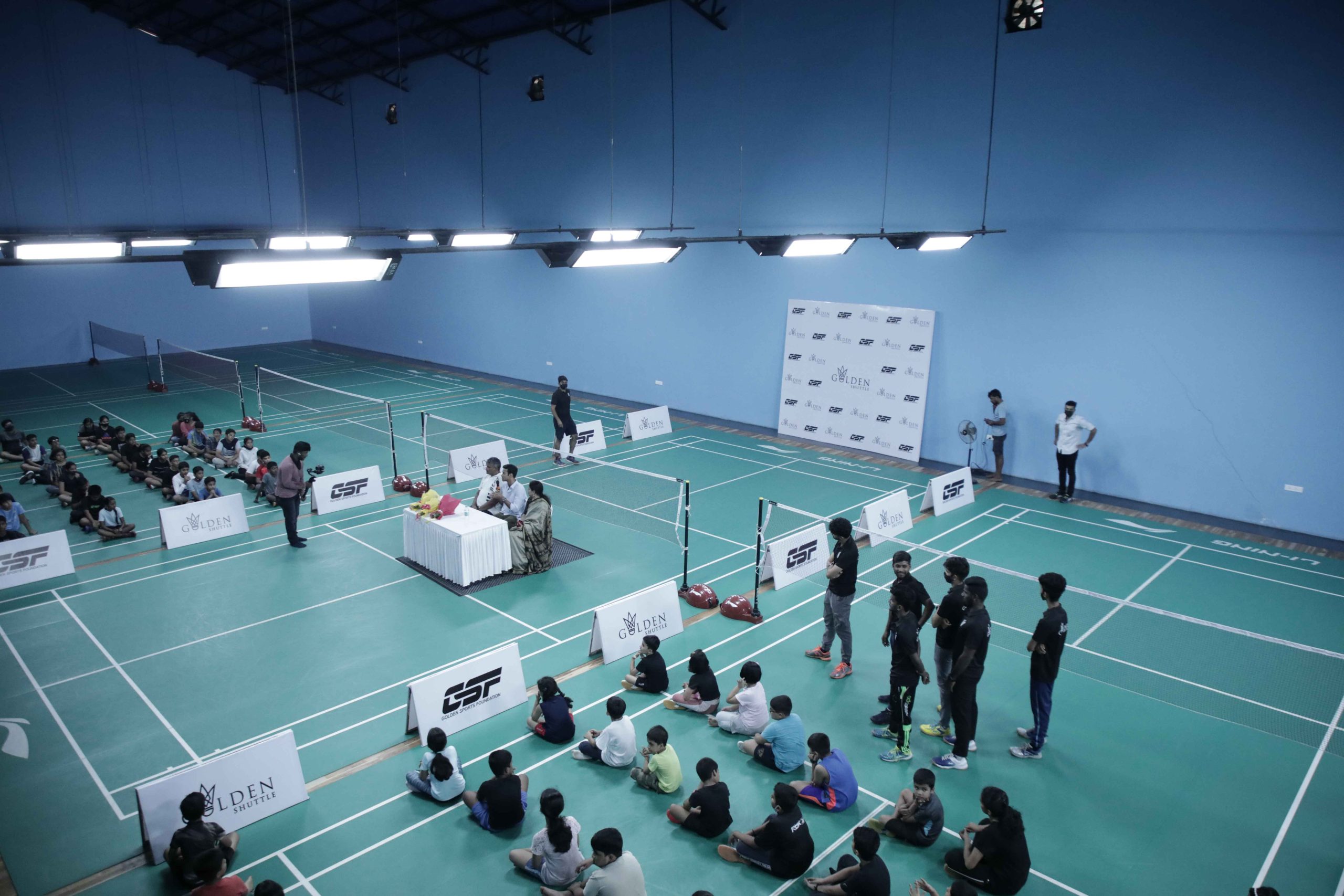 “Compared to the past, a lot of improvement has been seen in the sport recently. Organizations like Golden Sports Foundation, Olympic Gold Quest, GoSports are helping us athletes a great deal.“

Chirag shared his badminton experience with the audience. “I was able to play doubles better than singles since forever. However, the last Olympics was a better experience. We wanted to get the medal but we are aiming for it and we will definitely get it”. Also added, “Cricket was the main focus for me first. But as I was into the individual sport, I started badminton. From a young, I was able to play doubles better. I played singles till 17, but after that, I completely stopped.” 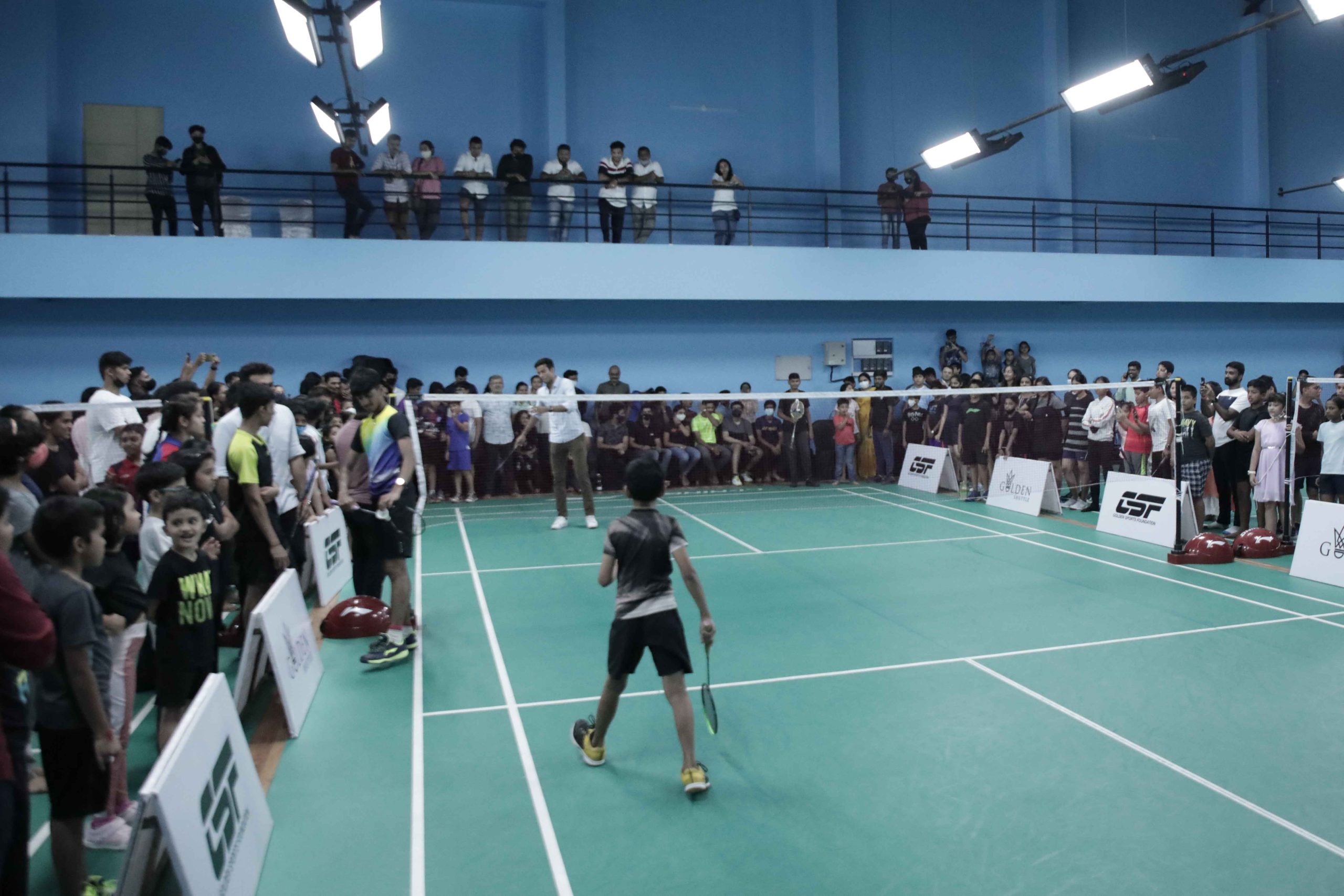 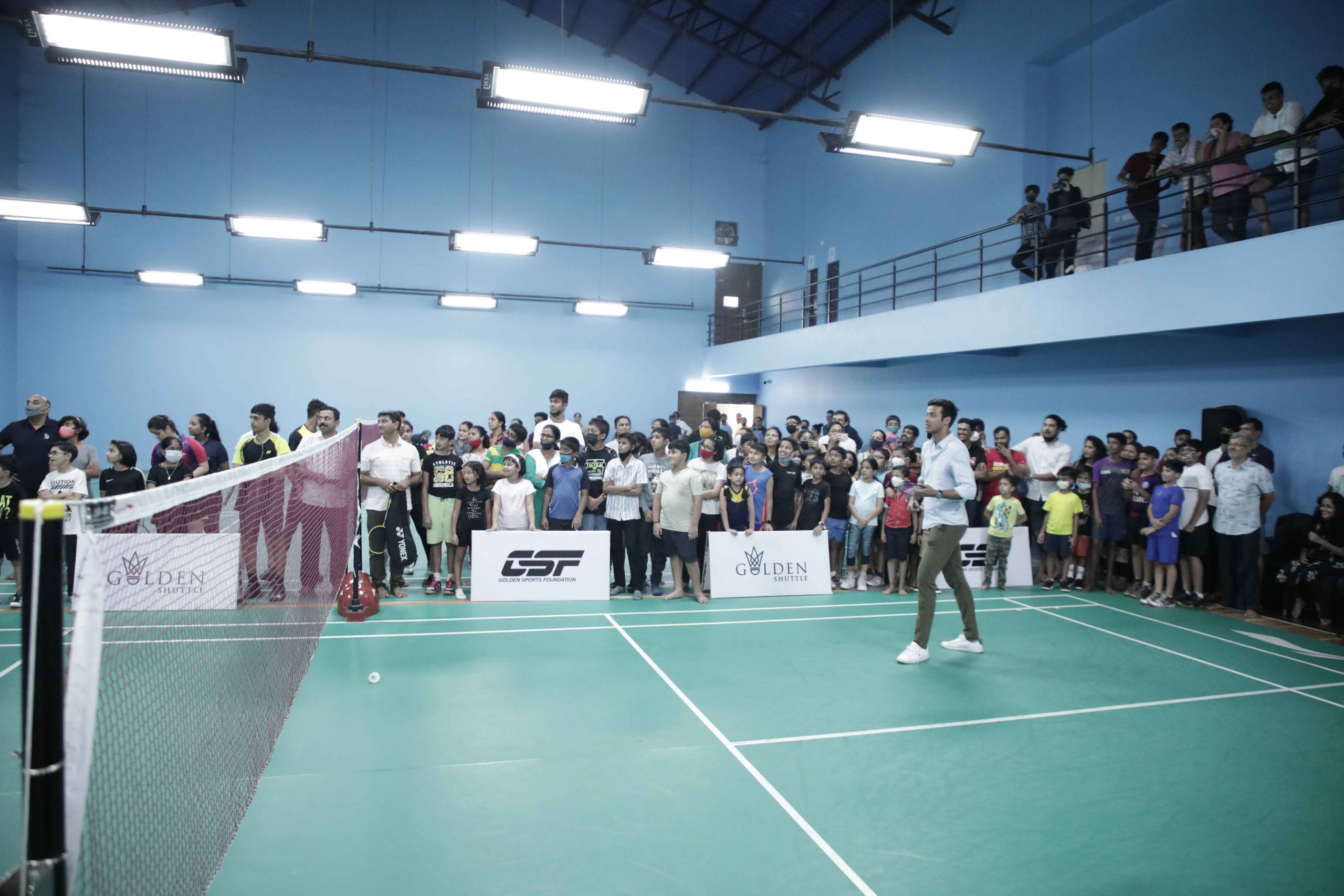 Mr. Chirag also expressed his gratitude and praise to the city of Mangalore. He also spoke about the grit and perseverance of Mr. Jnanesh Salian and the platform which has been created by him over the years (Golden Shuttle) and the opportunities provided to the kids and students of Mangalore.

Mr. Pranjal Ghate addressed the gathering about the Golden Shuttle Sudhir Ghate Memorial Cup to be soon held at Mangalore’s first wooden and synthetic badminton court in Golden Shuttle, Kottara. The event was followed by the launch of the Golden Shuttle Cup logo. The dinner event culminated with a vote of thanks by Mr. Jnanesh and mementos were handed over to Mr. Chirag Shetty by Mr. Gaurav Hegde at The Ocean Pearl Mangalore.