Phalguni river in Mangalore had turned into a dumpyard, because of the recent heavy rain in and around Mangalore that led to the flowing of the city’s waste, into the banks of the river. Environmentalists found that the Phalguni riverbank at Bangra Kulur became a dump yard, with heaps of plastic and liquor bottles, used sanitary pads, old slippers, carry bags and other waste materials. Patheticaly not

Heavy rain that lashed the district, has resulted in stormwater drains overflowing, and thereby waste from the city has been flowing into the banks of the river. A group of nearly 30 environmentalists, led by Jeeth Milan Roche and Shashidhar Shetty, volunteered to shift the waste from the riverbank on Thursday. The volunteers have already shifted 11 truckloads of waste from one portion of the riverbank at Bangra Kulur. 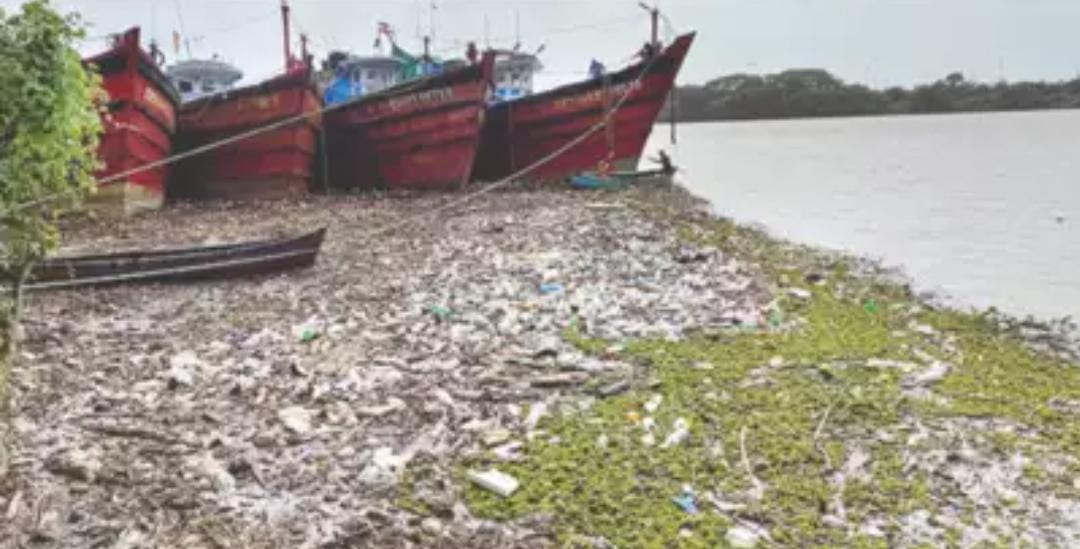 Jeeth Milan Roche said that only one portion of the waste heap from the riverbank has been cleared, through a drive. “There are three more such garbage heaps lying on the banks of the river. We will plan cleaning drives after consulting volunteers, to clear all the garbage heaped on the riverbank. While carrying out the drive, we made arrangements to segregate the waste there itself, and reusable items were shifted separately. The remaining waste was shifted to the Mangaluru City Corporation’s (MCC) dump yard at Pachanady,” he said, adding that the MCC has supported the drive by sending an earthmover to clear the debris.

Shashidhar Shetty, state secretary of the National Environment Care Federation(NECF), said that it was the same waste people threw carelessly in public places, that flowed into the river during heavy rain. “Only a very small portion of the waste got accumulated on the riverbank. More than 99% of the waste that has gone into the river has already reached the sea. It may take at least a week to clear all the garbage heaps on the Phalguni riverbank,” he said.