Following recommendations from the Urban Development Department, Mangalore City Corporation (MCC) has agreed to grant trade licences for a term of five years to all types of company and trade beginning with the fiscal year 2023–24. Transparency and convenience in obtaining licences online will result from this. 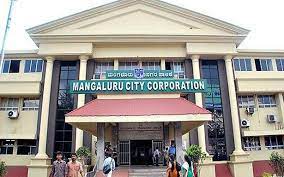 MCC commissioner Akshy Sridhar stated that starting with the upcoming financial year, MCC has decided to expand the facility to all types of commercial activity within its bounds for new as well as renewing trade licences. However, licences may be provided for one, two, three, or four years if a trader wishes to obtain them for shorter durations. After reviewing the necessary documentation, trade permits valid for five years would be granted.Five years had passed, and it was time to submit new documents for review. If a five-year licence is desired, the entire licence amount must be paid at once.

The business owner must strictly abide by the Solid Waste Management Rules 2016 and Plastic Waste Management Rules in order to obtain the trade licence. The licence would be revoked with a fortnight’s notice if they failed to pay property tax within the allotted time.
Along with the trader breaking the terms of the licence, the licence would also be revoked ifreports from any government agency or body demanded it.
- Advertisement -