MIA Welcomed The Maiden Flight From Hubballi On Labour Day

MIA Welcomed The Maiden Flight From Hubballi On Labour Day, adding yet another remark to the steadily growing list of domestic destinations. Operated by IndiGo using an ATR aircraft, the inaugural run saw 48 passengers arrive from Hubballi. The response to the return inaugural flight too was encouraging with 36 passengers taking this flight

The addition of this new destination comes on the back of MIA operating a through flight to Delhi via Pune from March 28 as part of the summer schedule that airlines have confirmed. Just like a flight to Pune, IndiGo will operate the flights to Hubballi four times a week on Sunday, Monday, Wednesday, and Friday with flight 6E7189 arriving at IXE at 6.05 pm and flight 6E7191 departing at 6.35 pm. 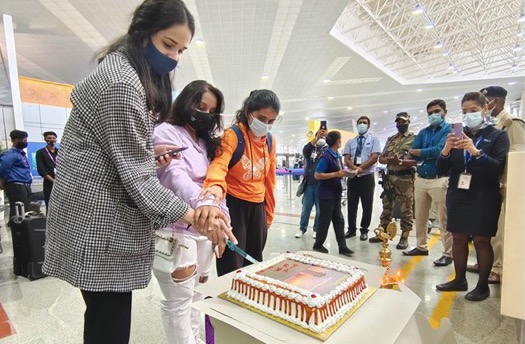 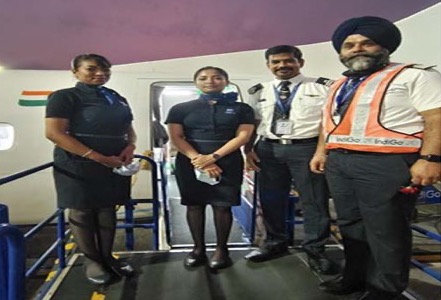 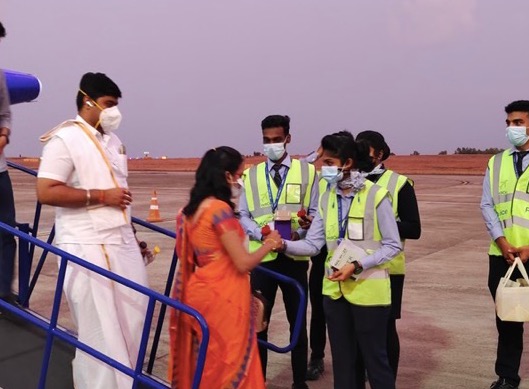 IndiGo celebrated the occasion by dedicating a check-in counter exclusively for Hubballi passengers. The airline with the stakeholders list the traditional lamp and cut a cake to add to the festive atmosphere that was evident with a new flight from this #GatewayToGoodness. Passengers who arrived early for this flight participated in the celebration and enjoyed the cake and other snacks. The airport also presented a traditional water cannon salute to the aircraft as it taxied into the parking stand. Captain GurpreetSingh Sudan acknowledged this on behalf of his crew that including senior first officer Vinod Ranganath and cabin crew – Anandita Das and Sangami Mandal.

The introduction of the new flight is also a reaffirmation of the commitment of the airport to add new sectors – both domestic and international for greater travelling convenience for passengers. The airport is committed to extending all help to airlines that wish to start flights to and from this #GatewayToGoodness and the summer schedule will create more such flying opportunities for passengers.