More Pay and Park Facilities To Come Up In The City 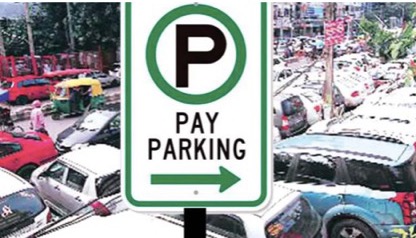 The Mangalore City Corporation (MCC) has decided to increase the number of pay and park facilities in the city as the traffic density increase in the city along with the widening of roads.

Based on a preliminary survey conducted jointly by the MCC and traffic police, 13 locations have been identified to provide parking facilities. The MCC has invited tenders to manage the pay-and-park facilities in the city. Currently, motorists, especially those travelling in the city in four-wheelers, are inconvenienced due to a lack of parking space. Since the work on major roads under the Mangaluru Smart City Limited (MSCL) and MCC are nearing competition, the city corporation has decided to earmark parking spaces at identified locations.

“A tender has been invited to commence pay-and-park facilities at 13 locations in the city. While the total amount fixed for 13 locations is Rs 23 lakh, the bidders will have to pay 10% of the bid. Successful bidders may provide parking facilities for two-wheelers and light motor vehicles, by collecting prescribed fees for the next year,” an official told.

In addition, a multi-level car parking complex, which is under construction at Hampankatta, is also expected to come to the rescue for the major issue of parking in the city. The project is being taken up on a PPP mode, through a Mangaluru-based company, at an estimated cost of Rs 95 crore. It is being developed on 1.6 acres of a vacant site of the old bus stand in the city, through the MSCL.
- Advertisement -