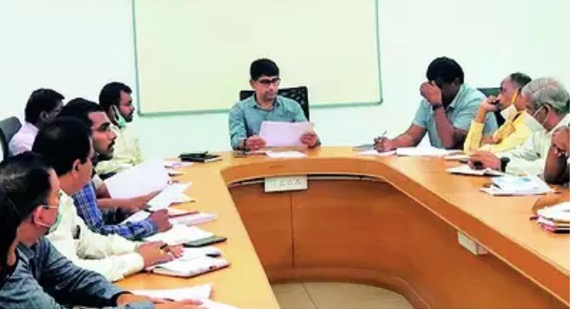 Regarding the complaints received on excessive billing for the water supplied to homes in the city, the Mangalore City Corporation (MCC) has decided to waive the penalty imposed on consumers. The city corporation has found shortcomings in the water billing software, resulting in the generation of faulty bills. While a new software will be developed to solve the issue, the penalty on bills issued will be waived, said mayor Premanand Shetty.

“People in the city have been complaining about issues in the billing for water supply. Hence, I have held a special meeting of officials of the engineering section, and commissioner Akshay Shridhar, to find a solution to the issue. As per the city corporation’s law, there is a provision to impose a penalty. If a consumer does not repair his meter, the billing will be twice the average amount.

We have received several complaints from people, regarding bills with huge penalties. We have already reversed this penalty clause at a council meeting recently. However, the same could not be updated in the software. Since the water supply billing software has technical glitches, we have decided to develop a new software through Diya System. Hence, consumers need not pay the penalty for the bills already issued to them,” Shetty said.

The engineering section has been directed to provide complete details of bills issued to consumers, with excessive penalties imposed on them. Many have received bills with a large penalty, due to the technical glitch in the software. The new software will set right this anomaly, and issue water bills without penalty for consumers. In the case of non-functional water meters, they need not pay a penalty,” he said.