Penalty Will Be Charged For Chewing Tobacco Products While Driving 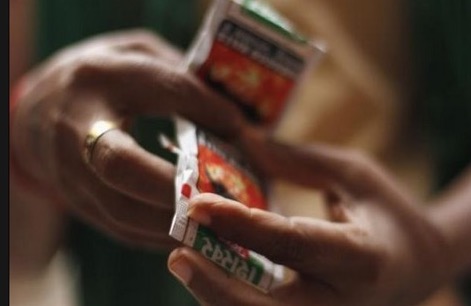 The Regional Transport Office (RTO) of Mangalore had set up a new rule. They will possess fine for drivers if they are found chewing tobacco-based products while driving.

Recently, when the RTO officials asked a truck driver to show the documents during the checking, the driver had a mouth full of gutka and could not speak to the officials properly. The checking inspector, who got infuriated because of this, slapped a fine on him.

Ramesh Vernekar, an officer of RTO says that there is a rule to charge a fine of Rs 3,000 if one drives after consuming alcohol. Now, we will consider gutka or pan masala as a narcotic and will fine if people are found to have consumed them while driving.

Most drivers justify that they chew tobacco products to prevent them from getting drowsy while driving. But even a penalty will be acquired on such offenders also.

Also, Vernekar says that it is not possible to book a case and produce the person in court as they have to produce the sample of the driver’s spit. So they levy a spot fine and close the case.

Social worker Ashish Kukkaje says, “Tobacco chewing is already prohibited on the campuses of educational institutions and religious centres. Mangalore RTO has taken a very good decision. This will not only prevent drivers from spoiling their own health but also prevent them from spitting on roads. This should be applied to drivers and riders of private vehicles also.”