PM Narendra Modi Will Be Visiting Mangalore On Sep 2

Prime Minister Narendra Modi will be visiting NMPT on September 2 and also will take part in various other programmes. The official itinerary will be published in a day or two.

PM Modi will inaugurate six projects including Anagha Refinery and berth number 14 at    NMPT. He will also lay foundation to Sagarmala project.

Later, the prime minister will address a mammoth convention which is likely to take place at Goldfinch grounds at Kulur, where five lac people are expected to assemble. 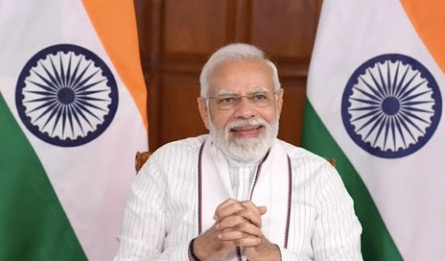 Deputy commissioner Dr Rajendra K V has confirmed the visit of Modi. All preparations including security have begun. Modi will inaugurate first indigenous aircraft carrier war ship INS Vikrant on September 2 morning. He will take part in the public programme in the afternoon and leave for Delhi in the evening.

This is the first official programme PM Modi will be participating in the district of Dakshina Kannada after he became the prime minister.

Modi visited Mangaluru in 2017 to participate in the conference of Shree Kshethra Dharmasthala rural development schemes. In 2021, he inaugurated the Cochin-Mangaluru gas pipeline through video conference from Delhi. Modi met party workers at international airport in the city in 2016 when he was going to Cochin in Kerala. He also stayed overnight on December 18, 2017 in the circuit house on way to Lakshadweep. In 2018, Modi had been to the city for assembly elections campaigning and addressed mammoth rally at Nehru Maidan.

All News
DFGHJ
All News

The well known Ocean Pearl Hotel will be setting its another branch at Kashi Palace in Ujire September 30. The newest Ocean Pearl, Kashi...