Satwika: From An Engineer At USA To Lieutenant At Indian Army

Satwika, an engineer who is now a lieutenant in the Indian Army, who completed his engineering at Arizona University and settled in the USA  came back to India with an aim of joining the Indian army. All his hard work paid off with the second attempt.

“When my son went to America, my close relatives said that I have lost one son. But I told them that he is going to come back to his native place after education. However, when he took up a job in the USA, I was concerned. Now we all are happy and proud of my son,” said Ganapati Bhat, father of Satwika Kulaverma of Beltangady, who has earned the rank of lieutenant in the Indian Army.

As he completed his training, a passing out parade was held on June 11 at Dehradun and Satwika is appointed in the signal regiment of Jammu. After completing two weeks of orientation training at Jabalpur, he will join the service. 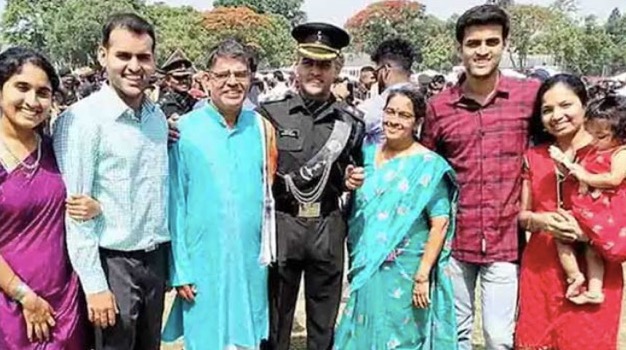 Satwika completed his primary education in a church school of Beltangady and St Theresa School. Later, he pursued PUC in SDM College and a degree in Bengaluru and went to the USA for higher studies.

He says, “I was fascinated by the Indian Army at a very young age. However, I had to work in the USA to pay back the loan taken to complete my education. Once I cleared the loan, I came back to India and prepared myself for the examination. I trained myself physically around the surroundings of my house. I got selected in the technical graduation course 133.”

Many people from South India dream about joining the Indian army but, don’t have enough sources to get information and that need to be changed, said Satwika.