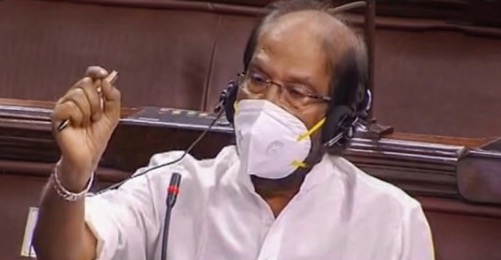 The schools must organise workshops and occasional orientations about child abuse to create awareness among students and teachers, Dravida Munnetra Kazhagam’s (DMK) Member of Parliament (MP) Tiruchi Siva said on Tuesday, March 29. The party member gave his suggestions during Zero Hour in Rajya Sabha, as it is an important thing to know about.

Siva said the increase in child abuse cases was worrisome, and it was essential to address the matter. “Children are very vulnerable in our society. This sort of sexual abuse against them impacts them physically and mentally and sometimes leads to traumatic memories that the children may carry throughout their lives”.

According to the National Crime Records Bureau (NCRB), over 40,000 cases have been registered under the Prevention of Child from Sexual Offences (POCSO) Act in just two years, between 2018-2020. However, the figures saw a fall in 2020, when the coronavirus pandemic hit the country, but it has started soaring again. The 2021 data revealed that nearly 47,221 cases of the POCSO Act were reported in 28 states and eight union territories. UP reported a maximum of 6,898 cases in 2020, followed by Maharashtra with around 5,687 cases, Madhya Pradesh with 5,648 incidents, Tamil Nadu with 3,090 and West Bengal with 2,657 cases.

The MP said that several schools across the country lack a mechanism to deal with child abuse incidents. For the ones who have facilities, students of those schools are not aware of the law meant for their protection. Quoting it as a matter of concern, Siva said the absence of such facilities needed to be addressed. He also suggested that the government make it mandatory for every educational institution to conduct regular workshops for both students and teachers

These are the things that every child should know about, and school is the best place to give awareness. Similarly, hoping to bring up such relevant and must know content hereafter in the schools.