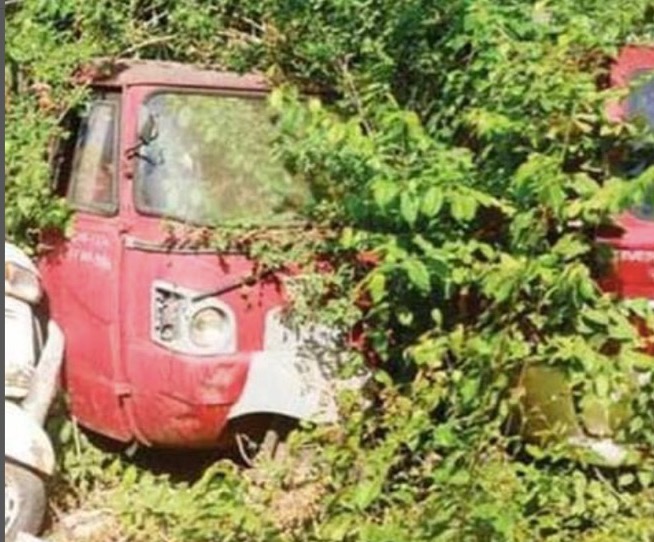 Scrap waste in and around the city is posing a huge challenge to the city. In the Bunder area, metal scrap is piled on both sides of the road. The vehicles confiscated by police are getting accumulated with dust near police stations.

Though the officials walk through Bibi Alabi Road, Market road in the city every day, they are not bothered about the scrap pile-ups. They are not even segregating the scrap once a year. Scraps get to be increased and create a mess in the surrounding.

During monsoon, water gets accumulated inside the discarded tyres and spare parts of vehicles that breed mosquitoes. The scrap shops and yards are the places where dengue and malaria infections are seen more. A businessman in Car Street says that Mangaluru City Corporation (MCC), which makes announcements on loudspeakers and asks the public to take precautions during the rainy season against malaria and dengue, is not bothered about the pile of scraps.

The vehicles that are confiscated by the police are required to have a proper parking solution maybe a yard or terminal. RTO Vernekar says such a facility would be really helpful.

Prasad Kandak says, “When the green signal was given for Smart City, the first priority was to develop the old fishing port area. However, this is completely neglected. The scrap piles are left as such. Certain roads and drainage are developed only for namesake.”

“We have been receiving numerous complaints of scrap being piled by the roadside under Bunder limits. This is causing danger to pedestrians and school-going children. In addition, this scrap is generating diseases”. These should be removed immediately. Otherwise, MCC will conduct operations and clear the area, said Sandeep Garodi, president, of the health standing committee of MCC.