The 4th Wave Will Start In June-July And Last Till September : Karnataka Health Minister 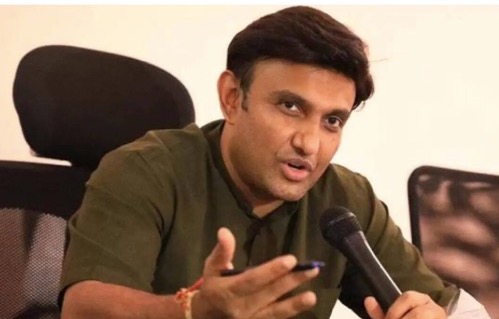 The 4th wave of the Covid-19 will start in June-July and last till September, stated Karnataka Health Minister K. Sudhakar on Tuesday referring to a study. “Karnataka is prepared to face it,” he added.

The new XE variant of Covid-19 is prominent in 8 countries and people arriving from that countries are being screened, there is no need to worry as of now. The mask is still essential and will be no relaxation but no need to worry about the 4th wave. 5,000 children in the age group 6-12 who are not yet eligible for the vaccine.

Speaking about India’s vaccination progress, Sudhakar pointed out that many vaccines previously given to kids reached India a long time after they were available elsewhere in the world. But today, 10 vaccines have been approved and are available in India and it is a proud thing that among them is one homegrown vaccine, the Covaxin developed by Bharat Biotech. Other vaccines are the Covishield vaccine developed by Pune based Serum Institute of India which had tied up with Oxford University and AstraZeneca, Corbevax, and Zydus Cadila which is the world’s first DNA vaccine, said Sudhakar.

India approached Pfizer and Moderna initially expecting that our vaccines may take time. “They agreed to provide the vaccine. But they refuse to take any responsibility or liability if something happens to our people. Our government was not willing to compromise with people’s lives, and we decided to not provide the license unless they agreed to take liability”, said the minister.

The India Meteorological Department (IMD) has forecast significant rainfall in most regions of Karnataka. Rains are expected to lash the coastal districts of Udupi,...