The Proud Phd Holder Of The Coast, Against All Odds

Being youngest of the eight kids of a Muslim couple in the district of Dakshina Kannada, Niyaz Pankaje was well aware of the rough state of his family. When admitted to the class one schooling he had faced difficulty to pay for new books and bags. Not bothered, yet determined Niyaz offered to work as domestic help at the neighbor’s. 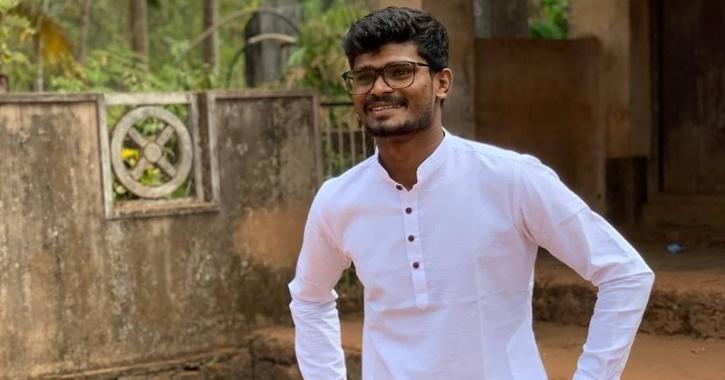 Though his path was on a rough trail, he managed to stay afloat even during the storms. Juggling through various jobs, Niyaz met his needs. Facing the world with confidence he ultimately achieve his dream.This Saturday, Niyaz secured his PhD for his commerce paper on Role of cooperative banking in socio-economic development of rural Muslim communities — A study in DK dist; at the 39th convocation of Mangalore University.

Niyaz’s parents tried their best to provide for their children. His dad despite his maladies strived as a daily wage labourer and his mother, Zubeida rolled beedis to provide for her four girls and four boys. Niyaz being a determined kid from his childhood dreamt of becoming a teacher. Knowing that poverty would be a hindrance Niyaz was iron willed to face challenges and work for his dream from a very young age.

Niyaz has worked in odd jobs starting as domestic help at the neighbor’s from a young age, he has aided in building rings for wells. Later days he has jumped jobs from masonry, selling fish, auto driving and others. Niyaz also reminiscences selling newspapers and working in paddy fields during his high school and PU days.

After completing his MCom in St. Agnes College,in 2016 Niyaz joined the PhD programme under the Guideship of Abbokar Siddiq, associate professor at the Department of PG studies in Commerce, in the University college, Mangaluru. Though entitled to a scholarship of Rs. 25,000, this amount was never credited. So for the initial two years of his PhD programme Niyaz sold fish at Madanthyar and transported to Kerala.

These jobs never affected Niyaz’s studies or academics. As a regular scholar he successfully completed his PhD in the span of 5 years. During his college days Niyaz served as auto driver from 7-9 am and 4-8 pm and also worked as a receptionist in two lodges.

A scholar and writer of over 25 research papers till date, Niyaz is now an assistant professor at the Srinivas University. He has jumped all hurdles and achieved his dream.