Udupi District Is Celebrating Its Silver Jubilee On August 25th

Udupi was carved out as a separate district from the erstwhile Dakshina Kannada district on 25 August 1997.

The then District Minister of Undivided Dakshina Kannada – K. Jayaprakash Hegde, moved for the creation of the Udupi district so that it became convenient for people to have another district headquarters and they did not have to travel to Mangalore for every small official work. He made a case for the creation of the Udupi district and convinced the erstwhile CM JH Patel to approve the formation

Despite the opposition that Udupi is too small, he talked about the potential of Udupi and the CM relented

Today, Udupi for being such a young district has developed at a fast pace compared to other districts. 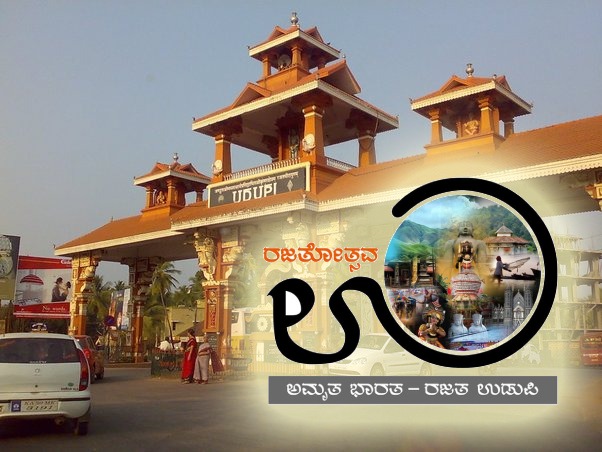 Udupi is one of the top tourist attractions in Karnataka and has various educational institutions. It is notable for the Krishna Temple and is also known as the temple city. Located between the glorious mountains of the Western Ghats and the beautiful Arabian Sea, Udupi is also known as Parashurama Srishti.

The average literacy rate of Udupi city is 93.55 per cent. Tulu and Kannada are the most widely spoken languages in Udupi. Other spoken languages include Konkani, English, Malayalam, and Kundagannada. Muslims in Udupi speak Urdu, Nawayathi, and Beary. The origin of Udupi cuisine is the stuff of legend. Udupi cuisine has its origins at the Krishna temple in the town of Udupi (Karnataka, India). The offerings in the Krishna temple had to be vegetarian and without using onions and garlic. The region comprising the coastal districts of Dakshina Kannada and Udupi is called the cradle of banking in India. Because seven of the country’s leading banks, Canara Bank, Syndicate Bank, Corporation Bank, Vijaya Bank, Karnataka Bank, Vysya Bank and the State Bank of Mysore originated from this state.

This city has introduced Masala Dosa to the entire world. Like Mangaluru, Udupi is also famous for cuisine(especially veg) and one can find many Udupi hotels across the country.

It is widely believed that the name of Udupi was derived from its Tulu name Odipu. The Tulu name in turn is associated with a temple at Malpe, devoted to Vadabhandeshwara. Another story is that the name Udupi came from the combination of the Sanskrit words Udu and Pa, which mean “stars” and “lord.” According to legend, the moon’s light was once reduced due to a curse by King Daksha, whose 27 daughters (the 27 stars, according to Hindu astrology) were married to the moon. The moon prayed to Lord Shiva to get back its original shine. Lord Shiva was pleased with the moon’s prayer and restored its shine. Legend says that the moon and his wives made their prayer at the Chandramouleeshwara temple at Udupi, creating a linga that can be seen even today. According to this story, therefore, Udupi means the land of the “lord of the stars,” the moon.

The Regional Transport Office (RTO) has made it compulsory for buses operating in Mangalore, Udupi and Manipal to put up nameplates in Kannada within...
All News

The popular Math Camp at CFAL engages students in deep exploration of mathematics, exposes them to Olympiad level problems, and will immerse them in...