The Dakshina Kannada Deputy Commissioner Dr K V Rajendra distributed uniforms and masks to the students of Puttur Government School and Gandhinagar School in a programme organised by the Dakshina Kannada District Working Journalists’ Union in association with the Bank of Baroda on its 115th foundation year, on Wednesday, July 20 at the Press Club. 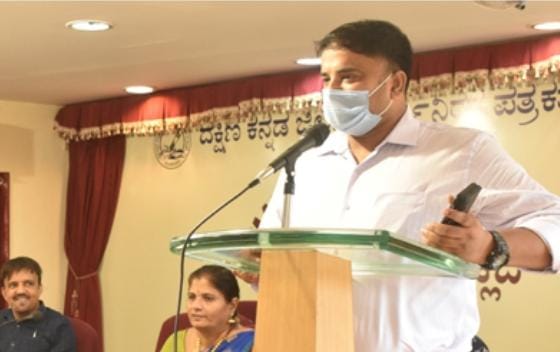 The staff and students of Gandhinagar and Puttur government schools were present at the event, where the deputy commissioner handed over the uniform sets to the school authorities.

Deputy Commissioner Dr K V Rajendra said, “Numerous programs have been organized by the Press Club that are cause-driven. Responding to the problems faced by the people and consistently working towards development and taking responsibility is what the journalists here have been doing for a long time. I laud the efforts of the press committee in relentlessly working towards rural development and other essential aspects. Obstructions have deterred them but they continue to serve despite all the challenges. The government is also striving towards its development.”, he said.