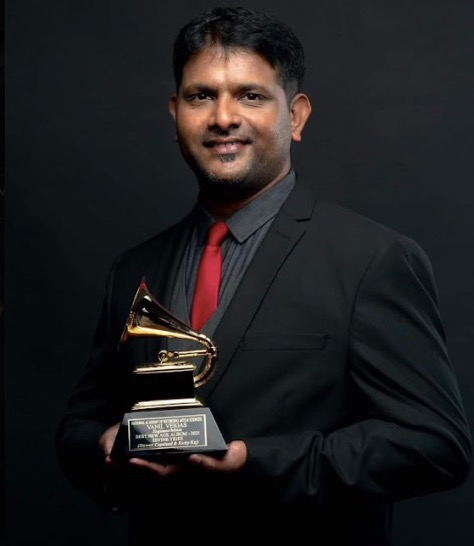 A Mangalorean musician Vanil Veigas was honoured with a prestigious Grammy Award.

He had won the Grammy for the album song ‘Divine Tides’ by Ricky Kej. The song was produced during the pandemic. Along with Vanil Veigas, PA Deepa also won the award. The award was announced in April earlier this year.

Vanil was the musician for the ‘Divine Tides’. For 15 years, Vanil has been working with Ricky Kej on movie soundtracks, over 3,000 commercials, and 16 studio albums which include 3 Grammy-winning albums.

Vanil was born in Permannur to Isaac Veigas and Daisy Pereira. He is the brother of well-known Konkani actor-director Nellu Permannur. He is married to Diana D’Silva and they have a daughter, Alline Veigas, who is also learning music at a young age.