Walls Of The City, Got Its Colours Again With Paintings

Nobody in Mangalore wouldn’t pass by the paintings curated on the walls around the city. If you look around and you will find it in most places on the walls of dilapidated buildings, under flyovers, colleges, and even on the walls of a College and police station. This has lapped up the city street art like never before.

The principal objective of Mural is to prevent littering, urinating, pasting film and advertisement posters on the walls, and also for the beautification of the city. The project was also aimed at promoting tourism. Paintings are one of the beautiful attractions of the city. And one such dilapidated wall that had got a facelift with amazing murals is the 1350 ft long compound wall from Government Wenlock Hospital to the Clock Tower in the City. A team of 30 artists and volunteers from Aaditatva Arts-Mangaluru and Mahalas Arts School- Mangaluru, have in the past done painting on a few walls around the City. 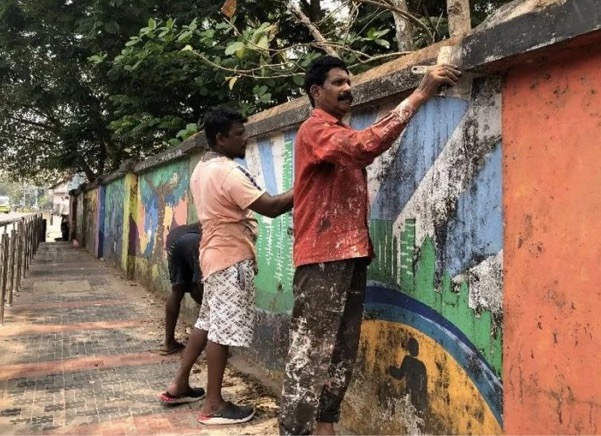 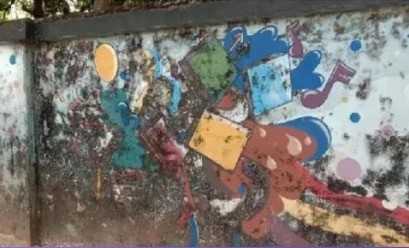 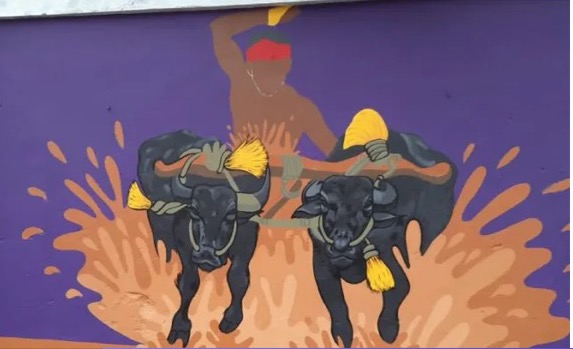 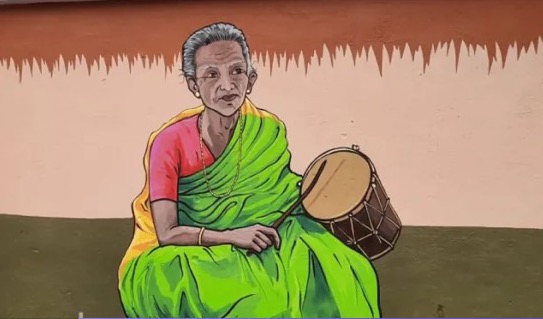 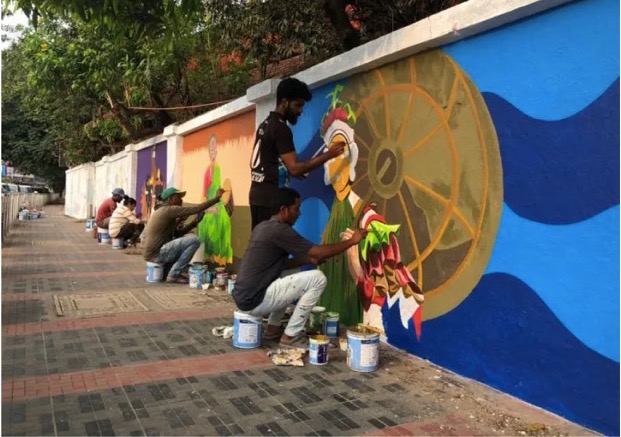 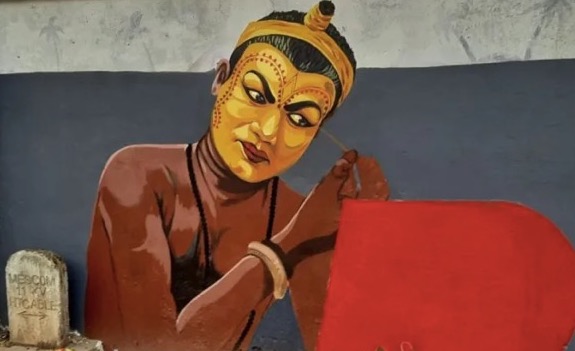 The artists gave an extreme makeover to this wall with paintings showing Kambala (Buffalo Race), Culture and Tradition of Kudla, City’s Coastline, Venkataramana Temple Car Festival etc, and also messages to bring awareness on keeping Mangaluru clean. These artists did infuse the neglected and dilapidated walls with new life.

It was the initiative of Ramakrishna Mission Swachh Mangaluru Abhiyan that brought awareness among the public through Murals painted on the 1350 ft wall stretching from Wenlock Hospital to Clock Tower-Mangalore, as part of the 200th Swachh Mangaluru Campaign, which was inaugurated on 12 February 2017.

After 5 long years, this mural art is now revived by Swacch Mangaluru Foundation under the guidance of Ramakrishna Math Mangaluru. This will be the launching activity of the foundation. A Total of 5350 Sq. feet of artwork from Wenlock Hospital to Clock Tower- Mangaluru. 30 artists of Mangaluru is working on the Artwork featuring Social Awareness, Education, Health, Tulu Culture, Clean – Green Kudla, Agriculture, local monuments, landmarks & others.

Giving a facelift to the walls along the busy roads is the best way to express the seriousness of the residents of Mangaluru in keeping the city clean. This is also a way for supporting art and artists and giving the city a colourful makeover

A pre-military training center, a state government ambitious project, has begun operations in the coastal region. This centre started operating in October in the Uttara...
#VocalForLocal