Yakshagana Performance To Organize By Transgenders In Mangalore. 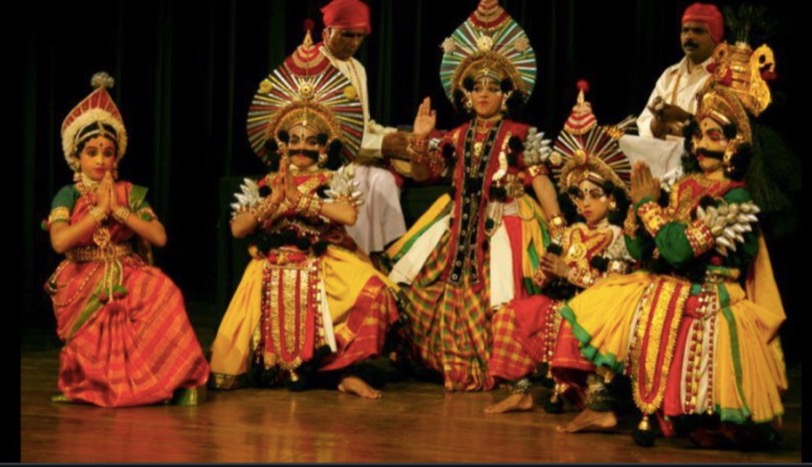 Transgenders are incredible human beings, give them an opportunity they will rule the world. Now a group of transgenders have come forward with an initiation to organise a Yakshagana performance probably for the first time.

Aishwarya, the transgender who has taken the lead in organising the program, is excited at organising a Yakshagana ‘seve’ this weekend.

“We’re a group of seven members, including my daughter who was born and brought up in Mangaluru. Our aim is to lead a dignified normal life, but the pain within us does not let us enjoy life and most of the time we are victims of humiliation. To keep our tensions away, we often organise parties among ourselves. My birthday was on December 15 and my daughter Vrinda’s was on December 12. We decided not to host parties and, instead, organise a Yakshagana performance, as seve to god,” Aishwarya told.

The performance will be at Katte Maidan, Kodikal, on Friday from 6.30 pm to 12.30 am. The episode is called ‘Shri Devi Mahatme’ by Sri Jnanashakti Subrahmanyaswami Kripaposhita Yakshagana Mandali, Pavanje, which will be led by Yakshadhruva Patla Sathish Shetty.

She approached Patla Sathish Shetty, a Yakshagana expert through a common friend, who is also part of Pavanje Mela. Initially told that he had been booked for the year, but gave two options for Aishwarya. “Since we needed time to make arrangements, we decided to organise the Yakshagana ‘seve’ on February 25,” she said.

Patla Sathish Shetty said that when a transgender approached with a request for a show, “I could not say ‘no’ though our schedule is packed for the year. People from different faiths like Christians and Muslims organising a Yakshgana performance is common, but transgenders coming forward is probably for the first time and indicates the growing popularity of art form that is above religion and now even gender,” he said.

Aishwarya has been a member of the Nava Sahaja organisation. She is employed and her children are educated. People like this have to come to the limelight and appreciate.